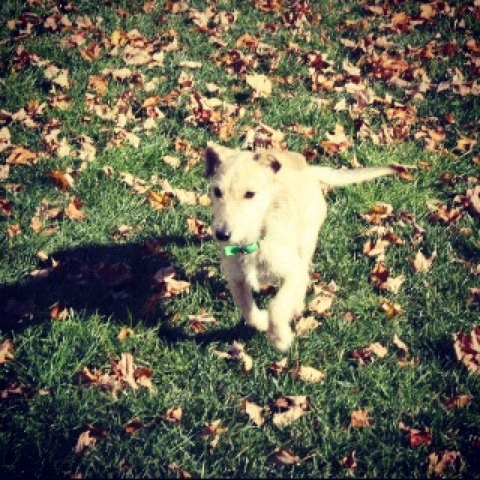 I got to thinking today about Finn's life and how much has happened to this little guy already. He started his life out as Buckeye from Ohio. Thanks to a local rescue group he made the long journey to Toronto.
This was the first picture I ever took of him, he is still in the cheap nylon collar from his rescue group. They said he was about 1.5 years but I don't think he was even a year. He is still such a puppy in this picture. He has matured a lot since it was taken. When I first got him he was scared of everything! Like he could not walk down the sidewalk scared. Now thanks to hard work, training classes and daycare he is not scared of much. He has come such a long way.
He is such a loving and dopey little guy, I don't think he was cut out to live the life of Buckeye from Ohio, he would not have survived. He was defiantly meant to be Finley aka Finn from Burlington who's mom loves and spoils rotten.He was meant to be with me, and his brother Nico.
As for Nico...he is a weirdo who chills in the bathroom sink! 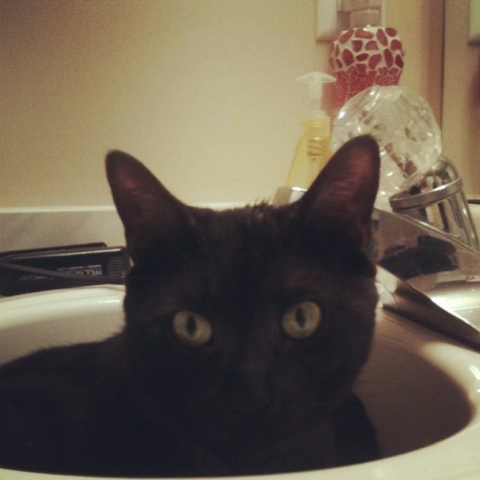 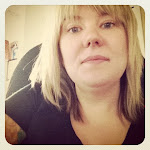 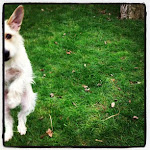 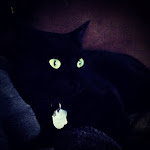